As of the beginning of this month, the Santa Monica Blue Blue Bus changed the format of their debit card known as the Little Blue Card. I am not very happy with it becauseI discovered the latter this morning as I inserted my card into the machine and it popped out a new Value Card with the balance transferred onto it.

The Value Card is the exact same format as the cards used for transfers - a flimsy white card. It is really easy to mistake it for a transfer. If that happens, and I accidentally hand it to a bus driver, I could lose as much as $20, the value I typically add to my card each time it runs dry.

I think they should have just kept things the way they were. I would much rather reuse the same blue card even if it meant not seeing the balance printed on the back each time. With the old cards, the balance just appeared on the machine's display each time the card was inserted. That's good enough.

These Value Cards are also a big waste of paper since they need to be replaced so often. I thought Santa Monica was an environmentally minded city. They should know better. 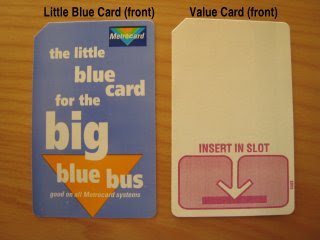 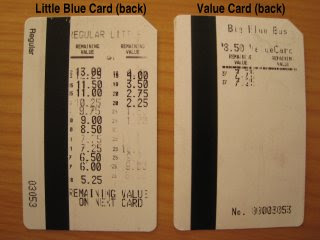 Posted by Ken Weiner at 7:15 PM No comments:

I just won another prize on Blingo. This time I wasn't even the one using Blingo for search. A friend of mine was searching and won, and since I referred him, I won too. Gotta love that.

This is my 8th win and the 2nd this year. The last time I won was in March which I wrote about here.

In the past, all I've won are free movie tickets, but this time, I was given the choice of a free Fandango movie ticket or an Amazon.com gift certificate. This time I chose the Amazon.com certificate which is good for $10 off my next purchase.

Do me a favor: If you decide to sign up for Blingo, please use this link which has a code in it so I will win when you win!
Posted by Ken Weiner at 10:03 AM 5 comments:

We drove by one of the 7-Eleven turned Kwik-E-Marts on the way back from a party last night. It was on the northeast corner of Venice Blvd and Sepulveda. It's one of a dozen 7-Elevens across the country to transform itself into a Kwik-E-Mart, the fictitious grocery store featured on the Simpsons. This is all to promote the upcoming Simpsons Movie which opens at the end of this month.

There were 4 spotlights and a long line of people out front waiting to get in to buy products like Buzz Cola and Krustyo's cereal. We didn't feel like waiting in line, so we just passed by and went home.
Posted by Ken Weiner at 9:15 PM No comments:

Last night we had dinner with some friends at La Dijonaise in Culver City. Afterward, around 10:15 PM, we felt like going somewhere for some hot chocolate.

We first tried to go to Starbucks (which our friends call "Corporate Coffee") on National and Barrington since it was close to where they live. To our disappointment, it was closed. Next, we headed to the Venice Grind on Venice Blvd. It too was closed. Finally, we drove to the Rumor Mill on Washington Blvd. Again, closed! We gave up. No hot chocolate for us.

How can all these coffee shops be closed at 10:15 PM on a Saturday night? It was so pathetic. Mar Vista, and most of the Westside for that matter, needs to stop pretending it is a suburb and keep places open later, especially on a Saturday night.
Posted by Ken Weiner at 6:53 PM 1 comment: