This year I finally cut the cord and got rid of my DISH satellite TV service which saves me about $50 per month! I've had the service for many years just to get the basic local channels like CBS, ABC, NBC, and FOX.  My plan was to replace DISH with a digital antenna so I could get all of those channels for free.  In this post, I'll share the model of the antenna that worked for me here on the west side of Los Angeles.

Finding the right antenna proved to be more difficult that I thought it would be.  I first started with an indoor VHF/UHF antenna, the NorthVu NV20 Pro AMPd, that I got from Tablo's website.  Tablo is an Over the Air (OTA) DVR company.  Long term, I was contemplating buying one of their DVR's so I figured it would be good to get an antenna they were familiar with.  With this antenna, I was able to get some UHF channels like CBS, but none of the VHF channels like FOX.  I thought that maybe an indoor antenna was not powerful enough for my neighborhood in Los Angeles which is Del Rey 90066.

I shopped on Amazon for a highly-rated outdoor roof antenna and purchased this 1byone 85 Miles VHF/UHF antenna. I borrowed a friend's ladder, got on my roof, mounted this antenna and connected it to the coax cable that was previously connected to my DISH satellite which DISH never came to retrieve. I also plugged in and connected the included power booster behind my TV.  Unfortunately, I got the same result: UHF channels came in perfectly and VHF channels did not work at all.  I have no idea why since the specs for this antenna clearly claim that both VHF and UHF should work.  I ended up returning this antenna to Amazon for a refund.

Next I started Googling for with terms like "missing VHF channels in Los Angeles" and found this web page called Best TV Antenna for Los Angeles, CA Digital TV Stations from an antenna vendor in NY called Denny's Antenna.  The middle of this page described my exact problem:


Note: Some Los Angeles area residents have reported problems receiving KABC 7.1 ABC, KTTV 11.1 FOX, KCOP 13.1 MYTV and KCAL 9.1 IND when using antennas other than the EZ HD or the HD Stacker. This is due to the VHF broadcast signal frequencies in use by these stations and the use of the improper antenna to receive VHF signal frequency. Many of today's antennas (do to smaller antenna size) will not receive VHF signals. The EZ HD and the HD Stacker are designed to provide excellent performance across the entire VHF/UHF frequency spectrum in use in the Los Angeles free to air broadcasting market.

So I immediately ordered their EZ HD antenna.  It arrived at my house in just a few days.  I mounted it on my roof, connected the coax cable, connected a ground wire that was also left over from the previous DISH satellite, and scanned for channels on my TV.  Amazingly, it worked!  I was able to receive all the local channels, both UHF and VHF.  I have no idea why this antenna worked so well.  To be honest, this one felt flimsy and cheaply made compared to the one I bought on Amazon.

A list of local channels is easily available online, but I wanted one for my phone so I downloaded the app TV Listings by TV24.  I was amazed how many channels you can get for free over the air.  The TV Listings listings were pretty accurate. 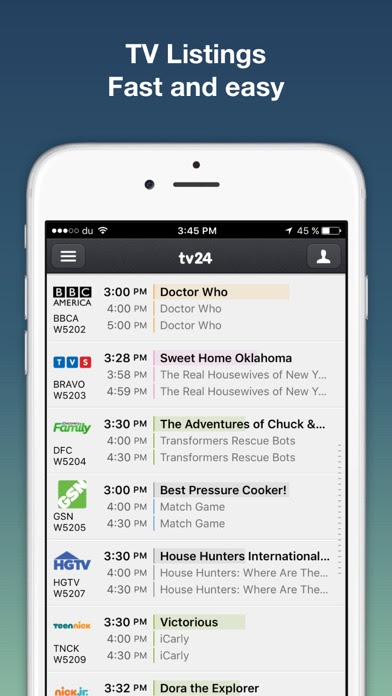 I look forward to being able to watch local news once in a while or a live event like the Grammy's that is hard to find online.  The next thing I am going to look into is whether I want to purchase a DVR such as Tablo.  A lot of the shows I've been watching are on Hulu, Netflix, and Amazon to which I already subscribe.  It isn't clear yet whether the DVR is necessary.

I am a huge fan of saxophonist Chad Lefkowitz-Brown.  I came across one of his videos on Instagram about a year ago and I've been following him ever since.

I recently purchased his book of 15 solo transcriptions by saxophonist and educator Ron Fix.  It's available in physical and digital form. It is fun to play through them and get some insight into how Chad thinks when he improvises.

Interestingly, this is the first transcription book I've ever seen that covers music solely from social media!  Every single one is freely available online on either Chad's YouTube or Instagram feed.

The digital version of the book comes with audio files you can play along to, but it doesn't include links to find each video online.  I combed through Instagram, YouTube, and Facebook to find each one.  That's what I want to share with you in this post so you can both watch and play along.  Happy practicing!

They are listed below in the order they appear in the book.

After you listen to these, be sure to check out more of  Chad LB's solos on AllSolos.com.

All The Things You Are

It's now more important than ever to focus on love and compassion. Here's a chorus on All The Things You Are. For next week let's pick a tune with "Love" in the title. Some of the many possibilities... I Love You, Taking A Chance On Love, There Is No Greater Love.
A post shared by Chad Lefkowitz-Brown (@chadlbsax) on Nov 9, 2016 at 3:11pm PST

This week's Duke Ellington chorus on a standard vote went to Caravan. For next week, let's do Horace Silver! Some ideas: Nica's Dream, Sister Sadie, Song For My Father… Thanks for voting!! #caravan #dukeellington #horacesilver
A post shared by Chad Lefkowitz-Brown (@chadlbsax) on Sep 27, 2016 at 3:26pm PDT

Week 3 chorus on a standard, here's the "winner" with the most votes on Instagram and Facebook - Confirmation. Thanks to everyone submitting requests! For next week, let's vote now picking between the second place finishers: 26-2, Donna Lee, Bye Bye Blackbird, and Cherokee. #confirmation #26-2 #donnalee #byebyeblackbird #cherokee #johncoltrane #charlieparker #chadlefkowitzbrown
A post shared by Chad Lefkowitz-Brown (@chadlbsax) on Jul 26, 2016 at 8:05am PDT

For All We Know

Warming up on How High The Moon (hotel volume) for the hit at Yale tonight with Adam O'Farrill and Stranger Days! @yale #yale #yaleuniversity #chadlefkowitzbrown
A post shared by Chad Lefkowitz-Brown (@chadlbsax) on Apr 22, 2017 at 2:13pm PDT

On The Sunny Side Of The Street

Week 6 of a chorus (or a few) on a standard. This week's Joe Henderson vote went to Recordame. Next week let's do Wayne Shorter! Some ideas: Deluge, Footprints, Juju, Fee Fi Fo Fum... Thanks for voting!! #recordame #joehenderson #wayneshorter #chadlefkowitzbrown
A post shared by Chad Lefkowitz-Brown (@chadlbsax) on Aug 24, 2016 at 10:42am PDT

Struttin’ With Some Barbecue

Here's a video I posted on Facebook the other day of a Louis Armstrong tune called Struttin' with some Barbecue. #louisarmstrong #chadlefkowitzbrown
A post shared by Chad Lefkowitz-Brown (@chadlbsax) on Aug 6, 2016 at 2:22pm PDT

Take The A Train

There Is No Greater Love

This week's chorus on a standard, "There Is No Greater Love," from a dressing room at the Count Basie Theater in Red Bank. Cameo from @bt0wnbr0wn. For next week let's do Dizzy Gillespie. A few ideas: Groovin' High, Night in Tunisia, Woody N' You... #chadlefkowitzbrown #dizzygillespie
A post shared by Chad Lefkowitz-Brown (@chadlbsax) on Nov 16, 2016 at 12:34pm PST

Posted by Ken Weiner at 7:36 PM No comments:

JavaScript Crypto-Mining with CoinHive and JSECoin

In the past, it has been difficult to mine BitCoin (BTC) with JavaScript in a web browser due to massive amount of processing power necessary.  Lately, JavaScript mining solutions for other types of cryptocurrencies have come on the scene. 2 examples are CoinHive and JSECoin.

CoinHive awards miners in Monero (XMR), a crypto currency known for its privacy as compared to BitCoin (BTC). It current trades for about $94 USD per 1 XMR. Once your account reaches the minimum payout of 0.5 XMR (~$47), they will transfer the Monero to a wallet that you have to setup outside of a normal coin exchange.  From there, you can transfer it into an exchange wallet and then ultimately trade it for USD or BTC.  CoinHive can be used as an alternative monetization source to ads.  It can also be used as a CAPTCHA or gate where your user must mine some Monero before being allowed to enter a website. Note that CoinHive currently takes a 30% rev share from the Monero you mine.

Recently some websites have been in the news for deploying CoinHive without making their users aware of it. They have since pulled it down.  Here are some articles about it:

JSECoin describes itself as "cryptocurrency mined by webmasters built for everyone".  JSECoins are supposed to be worth approximately $1 USD right now each, but no one knows the real value until they do an ICO after which point they will be listed on an exchange. Their ICO is planned for Q2 of 2018.  Those who begin to mine JSECoin have no assurances that their rewards will be worth anything.

Since this is all so new and interesting, I have decided to learn more about JavaScript coin mining, and the best way to do that is to jump in and try it.  Therefore, I have installed CoinHive and JSECoin miner code on this blog!  Consider this a warning - visiting this blog may use some of your computer's CPU until you close the page.  I am curious to see what kind of a "CPM" I make to compare with the ad units I'm running.  If you have any experience with JavaScript miners, please comment below.