On my Ubuntu desktop computer, printing to Google Cloud Print works great when printing from Chrome.  This screenshot shows how I can select my printer, the Brother MFC-J450DW, from the printers I have previously setup in Google Cloud Print.

Fortunately, Niftiest Software has made such a CUPS driver available: CUPS Cloud Print.  According to their website,

CUPS Clount Print is very easy to install on Ubuntu.  You just add their Personal Package Archive (PPA), apt-get install cupscloudprint, and run the setup script, written in python.  The setup script will prompt you for your Google user account.  Then it generates a link which you visit in your browser.  This will grant access to CUPS Cloud Print at Google and give you an authorization code. Just copy/paste that code when prompted by the setup script, choose an optional prefix for your Google Cloud Print printer names for when they show up as CUPS printers, and you're done.  After this, your Google Cloud Print printers will show up in your Printers settings, and you can choose them from any Ubuntu Print dialog box.

It's nice to be able to print easily from anywhere within Ubuntu without ever having to install a proprietary printer driver.  Thanks to Google Cloud Print and Niftiest Software for making this capability freely available!

Posted by Ken Weiner at 5:20 PM No comments: 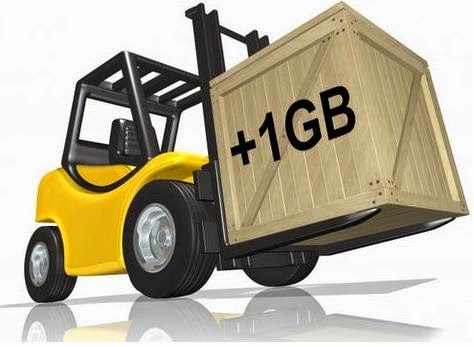 Sometimes you need to send a very large files to people. You could use your email or file sharing service of choice, but they have limits.  For example:

Even if your file is within the limit, you don't necessarily want to use those services each time, because it will add up, and eventually you'll run out of space in your account.

You could use services that specialize in sending large files. For example: Hightail, WeTransfer, DropSend, etc. But, you may not trust them with your files or just don't want to bother with creating additional accounts.

I came up with another solution that works well for developers like me that are familiar with using Amazon S3.  With a simple script (I wrote mine in Groovy), I can upload any file from my computer to Amazon S3 and then generate a pre-signed URL that gives access to the file for a certain period of time.  This URL can be IM'd or emailed to anyone so that they can download the file before the URL expires.

Here are the steps to use this script:

Posted by Ken Weiner at 9:52 PM No comments: